A Tiny Forest is a dense, indigenous forest with the size of a tennis court. By only including plants which are native to the local area, the Tiny Forest can play a vital role in supporting local biodiversity by acting as a home to local critters from insects to birds and even some amphibians and small mammals. Aside from serving as a home for local wildlife, the area has also been designed with benches and tables to be a great spot for you to relax with your friends, have outdoor lectures or simply take some time to breathe and bask in the presence of unbridled nature. 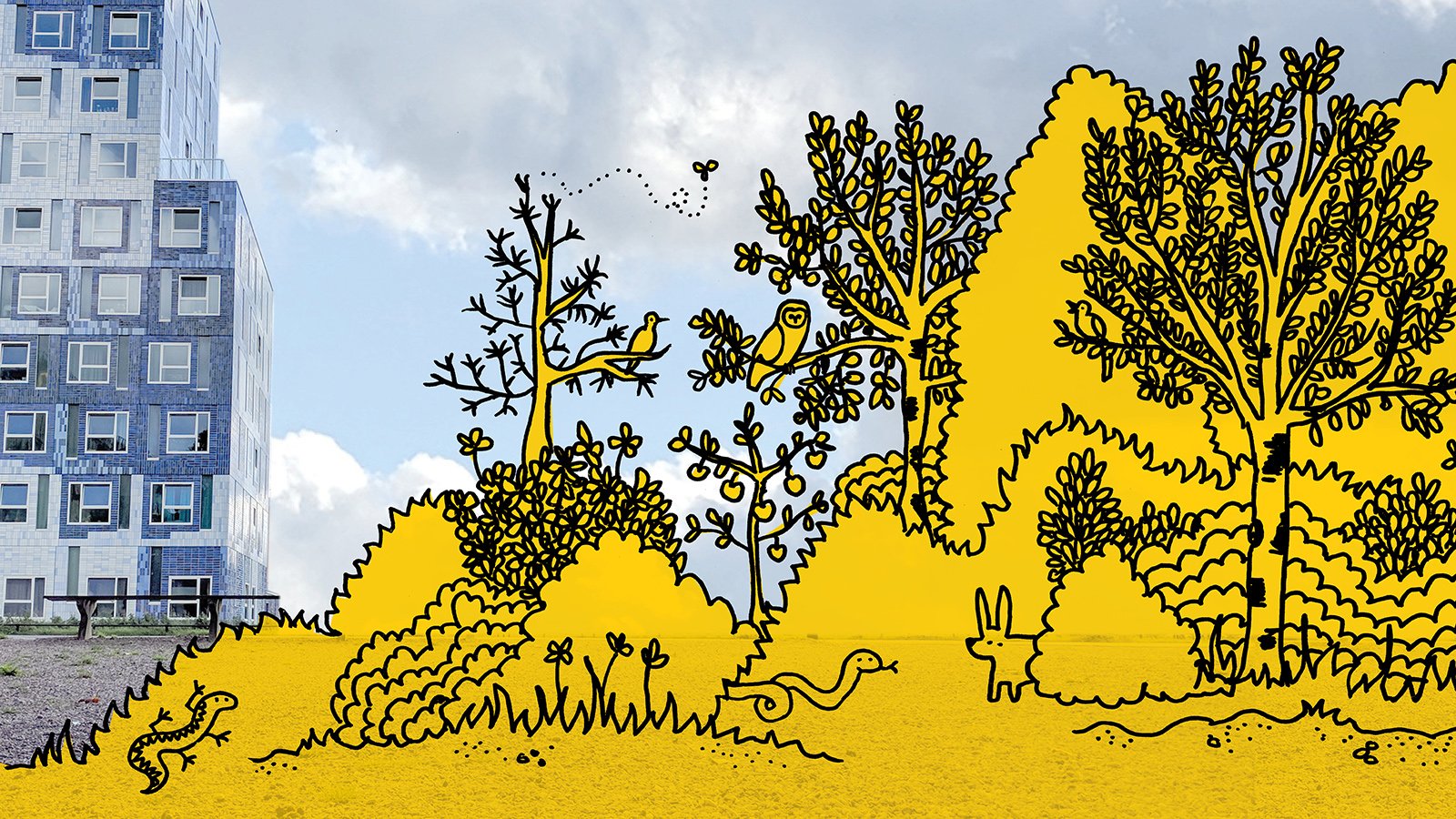 A picture of the Tiny Forest's plot, with an added layer of imagination, giving you a glimpse into the future

A tiny forest provides cooling on hot days, more biodiversity and water storage during heavy rainfall. The idea was pioneered in India and - since the planting of the first Tiny Forest in the Netherlands in 2015 - they are now popping up all over the country!

The Tiny Forest at Utrecht Science Park has been made possible by the Executive Board and the department of Real Estate & Campus, who gifted it to the Green Office for our fifth anniversary. After Planting Day on November 21st 2019, there will be various events held at the Tiny Forest which will show you the full variety of its uses.