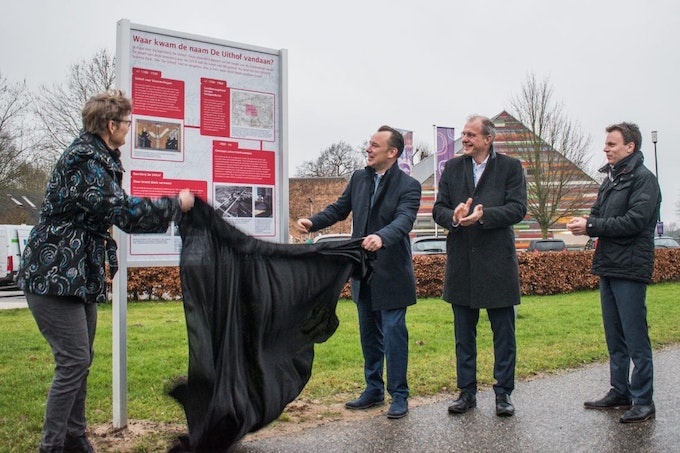 The change of name was finalised more than a year ago: De Uithof was renamed Utrecht Science Park. The well-known district name, which originated from a farm on Toulouselaan, went out of use. On Wednesday morning an information board was unveiled next to the farm in question, commemorating the history of De Uithof.

‘It’s a nice symbolic place for the information board about De Uithof. Because we in Utrecht cherish the old while being open to the new,’ says alderman Klaas Verschuure, who was present at the unveiling. Together with GroenLinks party chair Heleen de Boer, the alderman removed the covering from the 1.40 x 1.10 metre board on Wednesday morning.

The information board has already been standing for a few weeks next to the old farm which bears the name ‘De Uithof’. The farm was actively run until the 1960s, after which the building became part of the Faculty of Veterinary Medicine. Currently it is home to the Partou child day-care centre. ‘Children are playing there on historic ground,’ says Verschuure.

New name
In November 2018 it was decided that De Uithof would receive a new name. Up until around 56 years ago the area was known as the Johannapolder. Since the university settled in this area it had been associated with the name De Uithof.

The text and the image on the information board have been produced in collaboration with the Heritage department of the City of Utrecht and using visual material from Utrecht University. City-owned enterprises will be ensuring upkeep of the board. 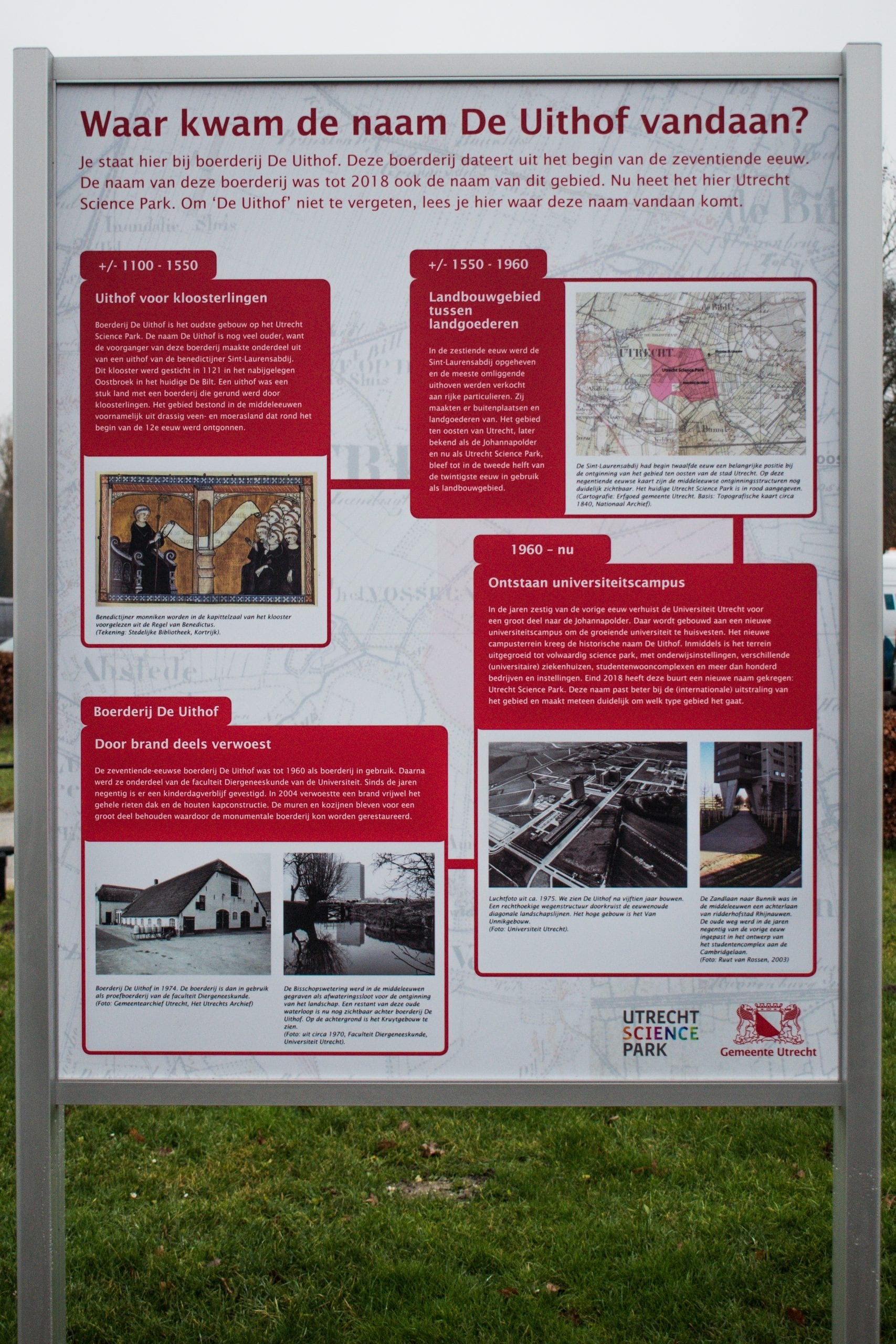