President of the Executive Board Anton Pijpers welcomed the first tenant of the student flats at Utrecht Science Park, which can offer a place to live for 400 students. Harry van Zandwijk (CEO of Jan Snel) and Joost van Gestel (CEO of Camelot Europe) shared the key with proud first resident Eva. The construction of the studios contributes to reducing the housing shortage. 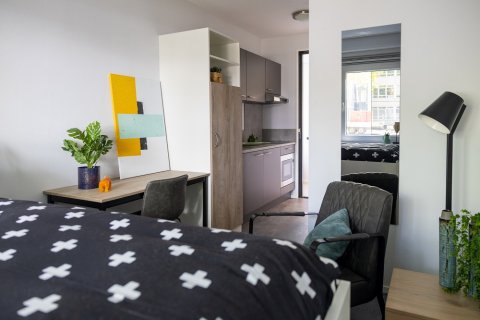 The first students were moving monday into some of the 400 student flats in Campus USP 030, situated at Limapad. Each studio comprises a single unit of 3 by 6 metres (18 m2) with its own bath area, kitchen and toilet.

All the studios are fully furnished, so new residents can move in immediately. In addition, the building has other facilities that the students can use: a lounge section, a laundrette, study rooms and games rooms. The complex also has an on-site manager, who supervises issues such as cleanliness and who can answer students’ questions. In other words, the student complex can truly boast all mod-cons.

Faster and smarter thanks to simple solutions
The Jan Snel construction company began work on the foundations of the student complex around the start of the year. At the same time, the studios were prefabricated so they simply needed to be linked up following transport to the site. By the end of March, about six weeks after the first studio had been installed, all 400 student flats were in place. By mid-June, Utrecht University will put the finishing touches to the surrounding site. The overall construction project, including the furnishing of the rooms, has been completed in record time. By shifting part of the work to the factory, it has been possible to carry out the whole project in a faster, smarter and cleaner way.

High priority to sustainability
An important principle for the construction of these units was sustainability. Thanks to good insulation, a heat pump installation and 270 PV panels on the roof, the flats have an EPC rating of 0.4. Using sustainable energy sources not only limits environmental pollution but also keeps down the costs for residents. 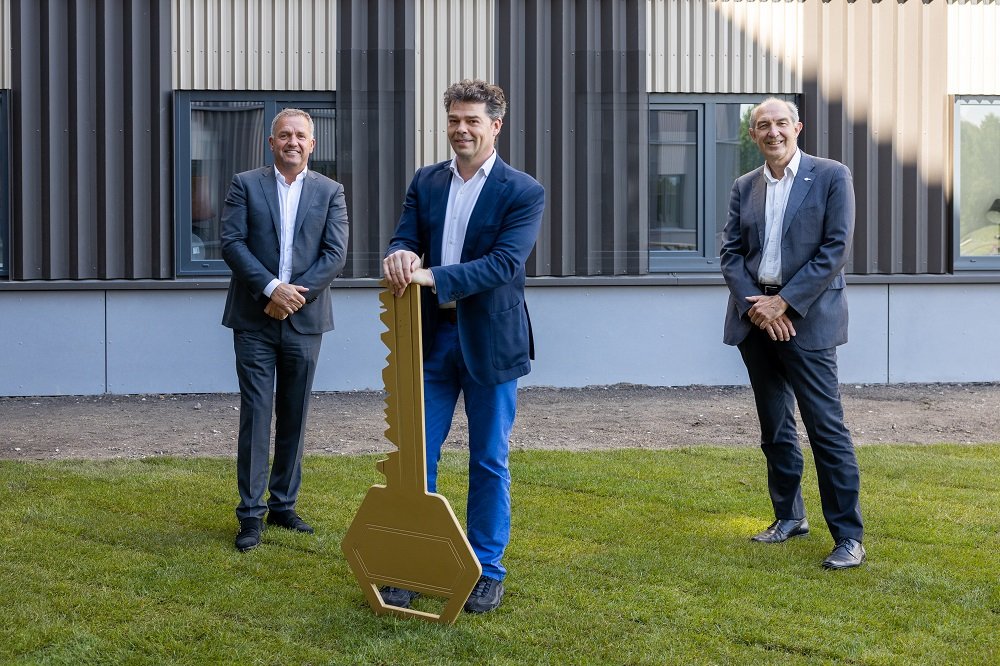 Successful collaboration
Jan Snel BV and Camelot Europe BV are joint owners of the flats. While Jan Snel carried out the building work, Camelot Europe will now be responsible for renting out and managing the flats. The university has granted a long lease of 15 years on the land and is thereby helping to reduce the housing shortage among students. Jan Snel and Camelot Europe have previously collaborated successfully on developing WASA Student Village in Amsterdam.

The future of Utrecht Science Park
Utrecht Science Park aims to develop an environment that promotes a healthy lifestyle, to which it contributes through education, research, health care and industry. The goal is for USP to become a traffic-calmed area with an attractive centre. The number of homes for students and employees will grow from 2,500 to 5,000. If you would like information about specific plans, read the ambition document.